Gantt charts: everything you need to know 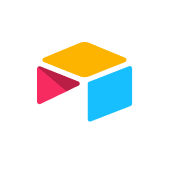 What are Gantt charts and why you should use them

What are Gantt charts and why you should use them

If you’re managing complex projects with multiple moving parts, you may already be familiar with the wonders of Gantt charts. These visual tools help project managers outline steps, track each step’s progress, and see who is working on each one at any point in time.

What is a Gantt chart?

A Gantt chart is a horizontal bar chart that visually represents a project plan over time. It helps teams clearly communicate a project’s entire timeline, from the start date to end date. Along the way, it keeps track of the status of each task in the project, and who is responsible for each task, which helps teams deliver projects on time.

Since Gantt charts display information in a linear and visual way, they allow you to quickly see details like:

Now that you have an overview of what Gantt charts contain, let’s talk about how they work in the real world.

What are Gantt charts used for?

Gantt charts are used to plan and schedule projects with a defined timeline, and manage the tasks involved in every project’s completion. They are simple, but incredibly effective project management tools because they allow you to take a complex project and break it down into an easy-to-follow plan.

Using Gantt charts in your project management process will help you create up-to-date tracking for deadlines, milestones, and task statuses—which means you can spot and fix problems and inconsistencies before they derail your project.

Because they’re so simple, Gantt charts are truly versatile. Here’s are a few common used cases—but by no means an exhaustive list:

You’ll most often see project managers and product managers using Gantt charts in their work because it so closely aligns with their core function of planning out projects, tasks, and people towards a unified goal. But the list of roles and industries where Gantt charts come into great use is broad—it includes:

The Gantt chart, you may be surprised to know, got its origins from a gentleman named Gantt.

In 1896, a Polish engineer and management professor named Karol Adamiecki created the first project management chart for displaying processes visually. At the time, his objective was to come up with something to help view and monitor production schedules. He called it the harmonogram (a pretty catchy name, if you ask us). But his work was never translated outside of Russian and Polish, and it failed to gained wide popularity at the time.

Then, around 1910, American mechanical engineer Henry L. Gantt came up with his own version of a project-management bar chart to show the progress of workers and how work was scheduled over time. The chart would enable management to see whether production was on track, or behind schedule.

This way of project planning gained popularity and eventually took on Henry Gantt’s name. All current-day documentation about the history of Gantt charts, however, typically credit Adamiecki for having the idea first.

Main components of a Gantt chart

Every project is different, which means every Gantt chart is unique. However, almost all Gantt chart will include these standard components:

One of the most prominent and vital components of a Gantt chart is its dates. Typically displayed along the top of any Gantt chart, the dates tell you when your project begins and ends—and when individual tasks should occur.

Every project consists of numerous tasks to track and complete. Usually, tasks appear at the left and the bars appear on the right.

Bars and taskbars indicate the timeline a team has to complete a task. Taskbars also make it easy to see other tasks happening simultaneously. The ability to see other teams’ tasks and timelines can help save you a lot of progress check-ins and emails.

Throughout any project, there are always some critical steps to the project’s overall success—these are called milestones. Unlike smaller or more mundane tasks, completing a milestone signifies positive progress. On a Gantt chart, you typically show milestones as diamonds at the end of a taskbar.

While some of your tasks can start (and end) whenever you get to them, some tasks depend on others and have to be done in a specific sequence. This is called a dependency, and you display these as small arrows between the taskbars on the chart.

A Gantt chart displays tasks, dates, and information that relates to a certain period, and vertical line markers are what you use to indicate the current date. It helps you quickly see where you are in your schedule, what tasks remain, and whether you are on track to complete your project on time.

Also referred to as task IDs, task identifiers are a way to differentiate between the many tasks on your chart. Including task IDs on your Gantt chart helps everyone read your chart more effectively and quickly spot the ones that are relevant for them.

Features to look for when choosing Gantt chart tools

For many teams, Gantt charts have become critical for their project management needs. The most powerful Gantt chart tools can be built on top of your existing workflows—so if you’re already tracking dates in a calendar or sheet, you can simply translate that information into a Gantt chart.

If you’re using Airtable to manage your campaigns or projects, you can use a Gantt view to see your work in this way. Connecting your Gantt to the rest of your work also has the advantage of reducing manual errors—in Airtable, if you update your data anywhere, it will automatically update in your Gantt chart too.

> Curious about workflows? Read “What is a workflow” to learn more.

If you’re looking for software, you want a Gantt chart builder that includes:

One of the most universal use cases for a Gantt chart is for project planning.

Project planning with a Gantt chart helps you keep project timelines on course by allowing you to plan action items, assign tasks, and update statuses seamlessly. It also helps keep related tasks in order, automatically updating them when you change a deadline.

As you can see in the example Gantt chart above, you can color-code different fields and details to make everything easier to read—in the image above, they’re color-coded by status. You can also drag-and-drop tasks anytime you want, which is a huge time-saver for project planners.

Another common use case for Gantt charts is in planning a product roadmap.

Managing products with a Gantt chart makes it easy for teams to collaborate, and stay aligned on prioritization.

Browse all in Data Visualization

Browse all in Data Visualization

Join us and change how you work.